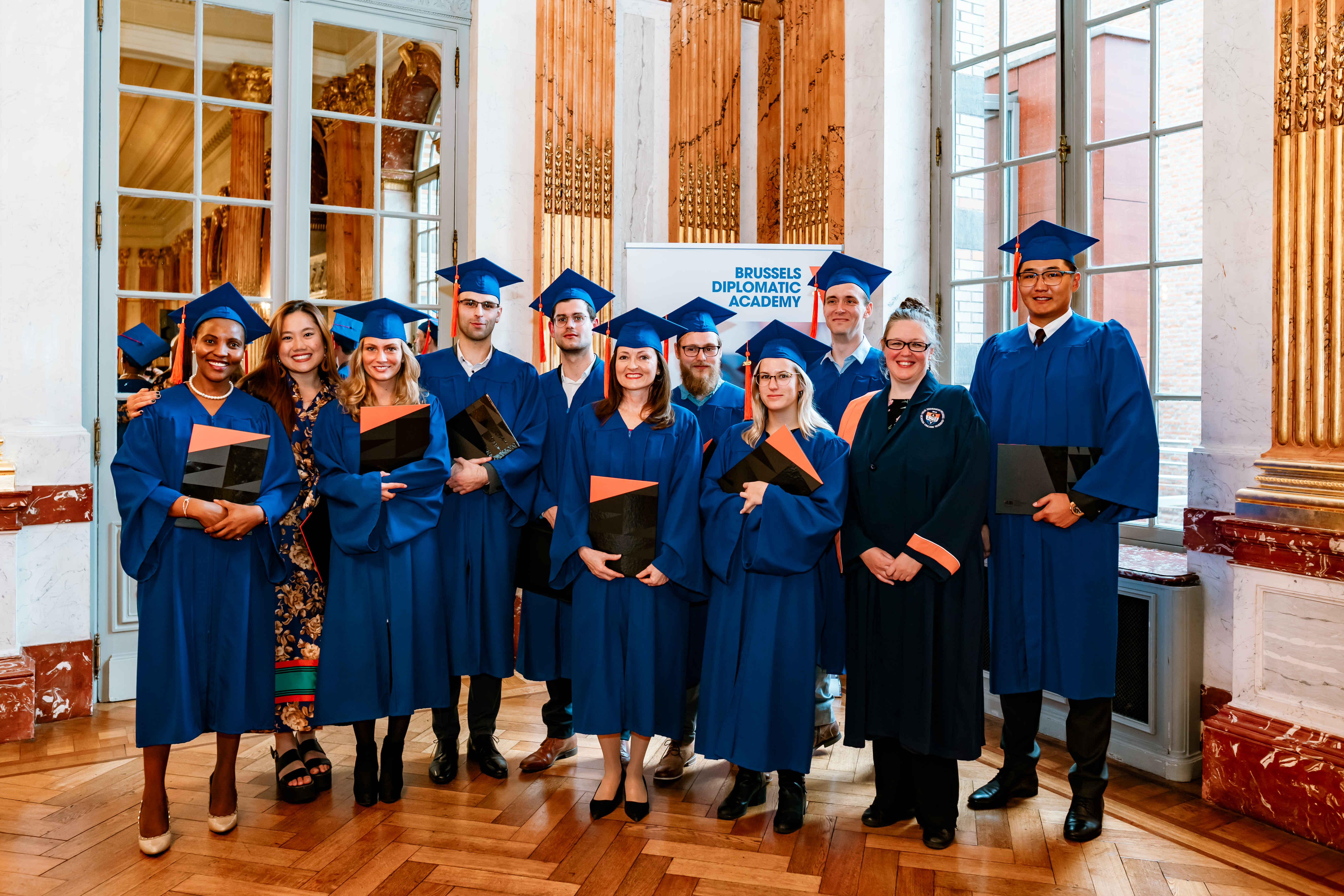 BDA Students Graduate at ceremony at the Brussels Parliament

In the company of friends, family and faculty, they also heard from fellow graduate Maxime Vervondel who shared his experience of the programme, including his own educational and professional journey across the year, which led to him securing a job upon graduation that he could never have envisaged when he first started at the BDA on the 1st of September 2018.

At the end of her address considering the historical and contemporary uses and abuses of diplomacy, and the role that the graduates could play in today’s uncertain times, Ambassador Ishmael encouraged them to build upon the network and tools provided by their programmes and to build bridges “based on trust, empathy, understanding and respect”.

“An open heart and mind will be among your finest tools in the practice of your art. Negotiations do not need to be zero sum games – as in ancient times, our own security depends on the security of others – on their economic and social wellbeing. Never underestimate the power of each of us to be an agent for change – and a force for good” she told them.

After the ceremony, the graduates from Belgium, Guatemala, Indonesia, Kenya and Mongolia enjoyed a reception with African, Creole and Middle Eastern cuisine before leaving the marble surrounds of the Parliament to start life as alumni of the Brussels Diplomatic Academy.