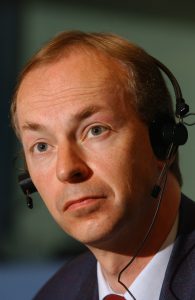 Previously, he was a member of the Cabinet of the Commissioner in charge of competition policy and also served in the Cabinet of three successive Belgian Ministers of Foreign Affairs. He is a part-time PILC Professor. Between 2002 and 2011, he was also on the faculty of the Master’s Programme in International Law and Economics (MILE) at the World Trade Institute Switzerland (a joint institute of the Universities of Berne, Neuchâtel and Fribourg). He has been a Visiting Professor at the Universities of Pittsburgh and Georgia (USA) and has provided guest lectures at numerous universities in and outside Europe, including Columbia University, New York University, American University, McGill University, the University of Toronto, and Turku University.