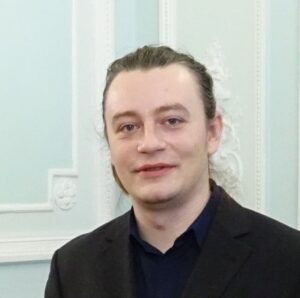 Vladimir Zherebov holds a doctorate in Slavic and Eastern-European studies (KU Leuven), has years of experience in education and academic research on the subject of the Russian-speaking world, its culture and language. He witnessed the last years and the fall of the Soviet Union, the infamous period of Perestroika, followed by the turbulent 90’s, and the consequent reconstruction of Russia to its current state. He moved to Belgium in the end of the first decade of the 2000’s to pursue an academic career. After obtaining a doctoral degree, he worked at the department of Russian and Eastern-European studies (KU Leuven).

Besides heading the CIS expert group at the Brussels Diplomatic Academy (VUB), Vladimir is a researcher at the Faculty of Arts at the University of Leuven and a visiting professor at College of Europe. Additionally, he leads many educational activities both as an independent specialist and in cooperation with various cultural and scientific organisations.