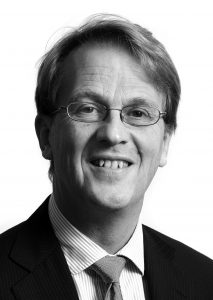 Paul Van Hooghten is a partner in the Brussels office of Linklaters LLP where he heads the Belgian Corporate/M&A group as well as the China desk. He has more than 25 years of experience in advising on international and domestic mergers and acquisitions, joint-ventures, takeover bids and equity offerings including transactions involving companies from China. Amongst them, he represented the Belgian listed company Option in its negotiations with the leading Chinese multinational company Huawei. In 2013 he spent some time working in the Linklaters’ Beijing office and participated in the Belgian trade mission to China (Chongqing and Chengdu) led by Minister-President Kris Peeters.

He is the author of several publications on corporate and commercial law including the book “The European Takeover Directive and its implementation” published in 2009 by Oxford University Press.

He was appointed by a Royal Decree as Belgian Advisor of Foreign Trade and is a director of the Belgian American Chamber of Commerce and of the charitable organisation United Fund for Belgium.

Since 1999 Paul has each year been named as a Belgian “leading individual” in the field of Corporate M&A in Chambers Global Directory.