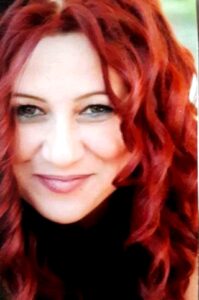 Mine Yildiz holds a doctorate in political science (Hacettepe University, Ankara, Turkey). Having grown up in the Western part of Anatolia in a family of trade union leaders, she became the first woman of her family to enter a university. She studied sociology at the Cumhuriyet University (1990-1992) and moved to the renowned Hacettepe University, where she obtained her Bachelor’s degree in 1994.  Discovering that politics is her passion, she moved to Gazi University (1995) to undertake a Master’s degree in Political and Social Sciences continuing as a research assistant (1995-1997). From 1997 she served as an assistant in the Turkish Parliament. For eighteen years she served as assistant for (eight different) MPs of Social Democrats (DSP,CHP). To extend her political outreach, she wrote articles for several newspapers (BirGün, Cumhuriyet, İleri Haber, Mülkiye Haber). In 2009, she obtained her PhD (Comparative analysis of parliament assistants in the Turkish Parliament), and taught at the Başkent University in the department of Political Sciences and International Relations. In 2016, she moved with her daughter to Belgium as a Visiting Researcher at the IES-VUB, becoming an Associate Researcher in 2019. The same year, she was one of eight recipients of the “European International Women’s Leadership Award” which was handed over in the European Parliament.