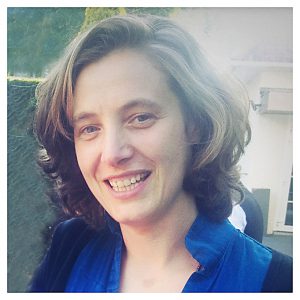 After obtaining a bachelor degree in social work (1994) and a bachelor and master degree in Chinese Studies (1998), and following an intensive course in modern Chinese at Sichuan University (1999), Mieke Matthyssen started to work as a freelance trainer of Chinese culture and interpreter/translator in companies (Alcatel, Bayer, BASF) and at the Ministry of Foreign Affairs. Later, she worked for three years for the Dutch Ministry of Economic Affairs as chief representative of the Netherlands Business Support Office in the North of China (Shenyang). In this period, she became extremely fascinated by the rapid social changes in China and by the way Chinese people deal with them. At the same time, these three years immensely increased her insight into and intuitive sense of Chinese cultural patterns, behavior, and nuances, vital for understanding the characteristically Chinese cultural, social and psychological phenomena she now studies.

After her long working experience in China, she took up her freelance work as trainer and interpreter again, and combines this now with a teaching and research assignment at the Department of Eastern Languages and Cultures of Ghent University. In 2012, she obtained her PhD from Ghent University with a thesis on the popular Chinese saying Nande hutu (‘It is difficult to be muddled’) and ‘The art of being muddled’ in contemporary Chinese society. In 2014, she joined the Brussels Diplomacy Academy as a guest lecturer.

She still regularly visits China to keep in touch with the fast and often disorienting societal changes.