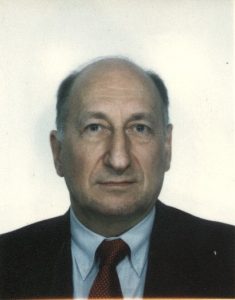 Jacques de Baenst (BE) is Ambassador (ret.) of H.M. the King of the Belgians and Honorary Director-General of the European Commission.

He was Chief of Protocol of the Belgian Ministry of Foreign Affairs (1994-1998) and Director of the Protocol Service of the European Commission (1998-2010). As a Belgian career diplomat, he was posted in Kinshasa, Prague, Paris (OECD) Atlanta and The Hague. From 1980-82, he was Deputy Spokesperson of the Ministry of Foreign Affairs and in 1993 he conducted the EU Monitoring Mission during the war in former Yugoslavia.

Jacques de Baenst has lectured and given trainings on diplomatic protocol at the European Commission, the International School of Protocol and Diplomacy (Brussels), the University Complutense of Madrid, the University of Murcia, the Diplomatic Institute in Muscat, the Dubai School of Government, the Diplomatic Academy of Armenia, the Diplomatic School of Djibouti and at various Belgian and foreign forums. He teaches at the Collège d’Europe (Brugges) and the Brussels Diplomatic Academy (Vrije Universiteit van Brussel) and gives trainings at the European Parliament, at the African Union Commission and Wallonie-Bruxelles International.

In 2002 he was awarded the “IV International Prize on Protocol” and he holds numerous high Belgian and foreign decorations. Since his retirement, he has taken responsibilities in various Belgian foundations and cultural organisations. He has been elected chairman of the Alliance française de Bruxelles-Europe.