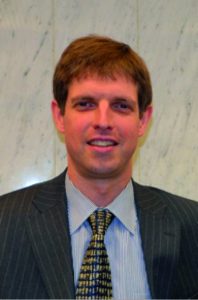 Gunter’s career started at Export Flanders in 1998, the body now known as Flanders Investment and Trade (FIT). After only two years there he became Area Manager Asia, Oceania and Middle East.

In 2003 Gunter was selected by the Business in Asia Programme of the Prince Albert Foundation. In that framework, he was appointed as Investment Attaché to the Belgian Consulate General in Hong Kong.

In this way, Gunter gained experience on both sides of economic diplomacy: the promotion of both export and investment.

2003 was also the year that Gunter began his academic career: it was the year that he was headhunted to become the Programme Director of Vlekho Business School.

A couple of years later Gunter moved to the private sector, to become Manager International Entrepreneurship at Voka. This allowed him to examine international entrepreneurship from the point of view of the business world rather than the diplomatic one.

Gunter is also Executive Board Member of the Brussels Academy of China and European Studies (BACES).