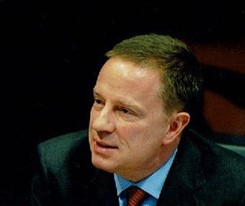 Burkhard Ober joined the Brussels Diplomatic Academy after having worked for 25 Years for Allianz SE, the leading insurer in the world. After studies in law and economics in Munich, Geneva and Hartford, Ct. (MBA in Finance), he joined the bank „Credit Commercial de France“ as a trader, then salesman in fixed income securities. For the German Bank WestLB, he was the regional sales representative for the Middle East for over three years. After covering Central Banks in Eastern Europe and the CIS for Dresdner Bank, he spent almost 5 years in Brazil, heading Dresdner Asset Management in Sao Paulo. After some time as an executive assistant to an Allianz Board Member, he took over the European Affairs Office in Brussels in 2006  first for the Asset Management section of the Allianz group, then, in 2013 for the whole activities of the group. In 2014, he became Head of Public Policy for Allianz SE, still being based in Brussels. After retiring from Allianz in 2020, he joined HumeBrophy Consultancy as an Associate Partner in the Financial Services group. His present Board memberships include AECA (American European Community Association) and TPN (Transatlantic Policy Network). For three years (2018-2021), he acted as the local chairman of the Brussels chapter of the German Economic Council.