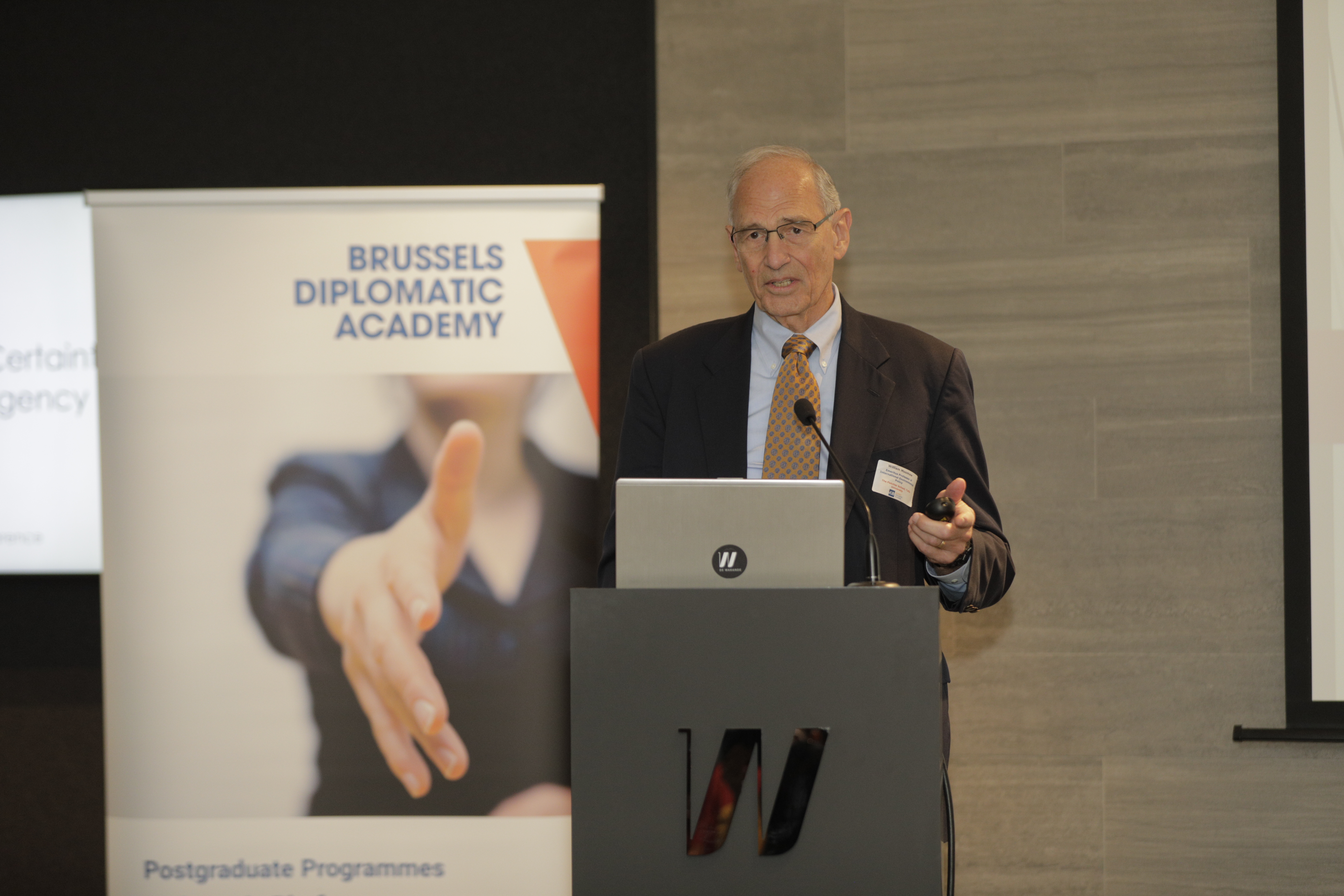 As COP25 opened in Madrid, here in Brussels Professor Moomaw, a lead author of the IPCC Nobel Peace Prize winning report, told the Brussels Diplomatic Academy (BDA) conference at De Warande that the world is in a climate emergency now, with alarming – and some irreversible – changes taking place.

Speaking on Responding to the Certainty of the Climate Emergency in an Uncertain World, the Professor Emeritus of The Fletcher School, Tufts University, told the conference that “the EU Parliament decided that burning of wood was carbon-neutral — by definition, not by science”, however felling and burning trees produces carbon dioxide and reduces carbon capture. Whilst he praised Europe’s leading technologies and public transport systems, he lamented the loss of old forest cover on the continent, replaced by vast tree farms which have much more limited carbon capture capacity.

The keynote superbly framed this year’s BDA Economic Diplomacy Conference which considered Sustainable Development in an Era of Uncertainty Can Europe Lead by Example? The Academy, which provides training and events on economic diplomacy and international business, heard from Claire Tillekaerts, CEO of Flanders Investment and Trade, and VUB Fellow, as well as Ambassador De Beyter of Belgium’s Foreign Affairs Service, Dr. Ian Lesser of the German Marshall Fund of the United States, Angelos Pangratis of the European External Action Service, and Ambassador Dr. Len Ishmael of the BDA.

The conference format of panel discussions, Q&As, roundtables and plenaries afforded the participants, who included Ambassadors, CEOs, business and civil society representatives and academics, the opportunity to engage in discussions on questions related to Europe’s Economic and Social Security, Europe’s Environment Security, Sustainable Development and the Role of Business in promoting Corporate Responsibility, and Smart Partnerships for Sustainable Development.

“Europe must never be isolationist, it should be taking the lead in enabling public and private actors to work together to ensure sustainable development whilst maintaining economic, social and environmental security” said Gunter Gaublomme, Director of the BDA. “No single actor or group can solve such urgent matters as climate change, and we are delighted that such illustrious experts accepted our invitation to come together and discuss these matters” he concluded.