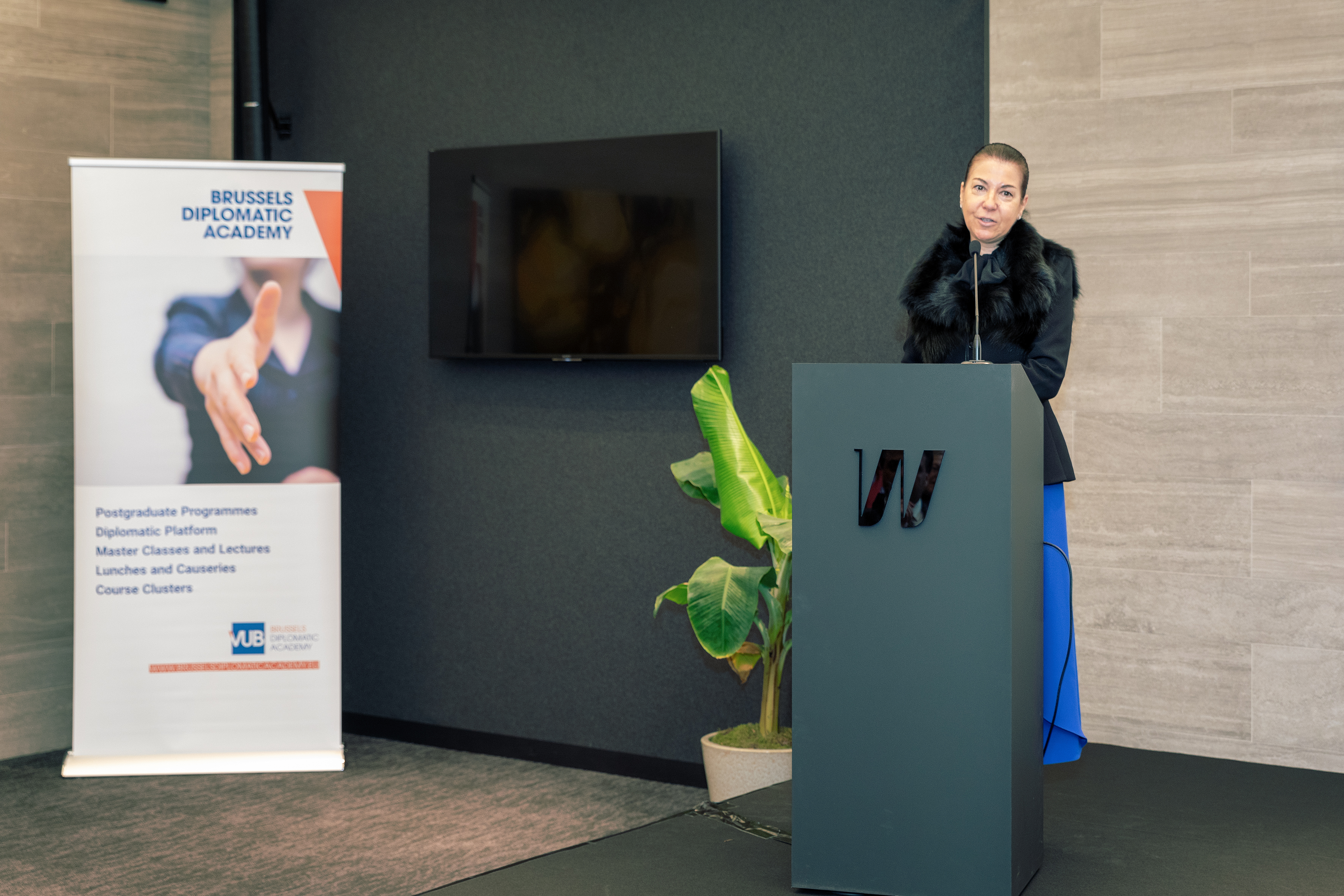 BDA Conference warned about the ‘weaponisation of things’

Michèle Coninsx, Assistant Secretary-General and Executive Director of the United Nations Security Council, Counter-Terrorism Committee Executive Directorate (CTED), told the Economic Diplomacy Conference of the Brussels Diplomatic Academy (BDA) that combating the ever-evolving terror threat requires a new approach and a whole society response. Coninsx, a VUB alumna, emphasized that the ‘weaponisation of things’ will have a huge impact on the economy, and the existing criminal justice and prison systems may not be sufficient to deal with returning terrorist fighters, just one of several terrorist threats. Coninsx then provided the expert audience with an overview of how CTED carries out assessments, and what it considers a priority for the fight against terrorism.

This followed the context-setting speech of Prof. Dr. Cind Du Bois of the Royal Military Academy, in which participants at the BDA’s conference on Safeguarding our Economic Prosperity at De Warande on the 6th of December, were informed that economic espionage is estimated to cost 60 billion USD worldwide.

“We owe our continued prosperity to the daily efforts of thousands of enterprises supported by governments and myriad other organisations. If we are to safeguard our economic security, we will need to work together,” said Gunter Gaublomme, Director of the BDA. “That is why the BDA has organised this conference.”

The variety and extent of threats to economic security were considered at the different panel discussions on industrial espionage, cyber security, regulatory framework and non-financial risk protection.  Participants from across diplomacy, security, business and academia were given the opportunity to engage in discussion and initial consideration of potential solutions to these rising threats.

Giving advice to the corporate sector, ir. Yvan De Mesmaeker of the European Corporate Security Association explained to participants that they must both protect their sensitive business information and engage in competitive intelligence; De Mesmaeker emphasised that the biggest threat to a company’s information is naivety. By gathering information on others, companies will understand the vulnerability of their own footprint.

Finally, in his closing remarks, John Tsagronis of the Institute of World Politics commented on the extent to which governments and businesses need to share information if vulnerabilities in both sectors are to be identified. After highlighting the importance and vulnerability of cyber security, he told participants that they will be attacked if they haven’t already been. He raised several issues that need to be considered in preparation for such an attack and concluded that many have yet to be resolved in this “new and exciting territory”.

The full conference programme can be found here, and an interview with ASG Coninsx is available here.