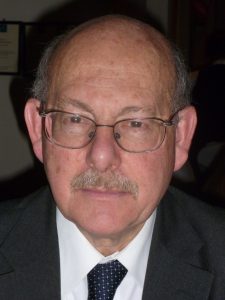 He graduated in Law and Social Sciences at Genoa University and in Economics in Rome University. He holds a post- graduate specialization in international trade (Rome) , financial management (MIT-Boston ) and Economic History in UK.

He has a teaching experience in Italian and US universities in   International Trade, Business Administration, Strategic business communication and European economy and finance.

In 1985 he joined the European Commission in Brussels as economist and financial expert.

From 1985 to 1989 He served as economic adviser in the EU Delegation to Ethiopia, responsible for EU development assistance and humanitarian aid to this country and in charge of EU relations with regional organizations and the African Union.

From 1990 to 1999 as a member of ECFIN Teams ,he was in charge of monitoring and supporting economic and financial transition of the Countries in Central and Eastern Europe (Hungary, Poland, the Czech Republic, Romania and Bulgaria .In this capacity  he negotiated 4 macroeconomic loans to these countries and monitored implementation of conditionality clauses.

In 2000 he joined the “Economic Analysis and Programming” Department of the External Relations  Directorate- General of the EU Commission where he was in charge of international economic and financial matters  , EU relations with the Banks and funds, the development of innovative EU programming tools and modalities i. He was in charge also of EU external policy formulation and he contributed to shape EU positions within G7 and G20 as regards the impact of the global crisis and the reform of the global economic governance.

In 2011 he joined the European External Action Service under Ms. Ashton and he acted as senior financial advisor to the Cabinet on international economic and financial matters, EU relations with the IFIs and the EIB, and global governance issues.

He is a member of several think tanks in Brussels including the Belgian Financial Forum, the Belgian Economic Academy and the Institute of Global Governance. He also continue to advise the EU on international economic and financial matters , economic and financial governance  , EU relations with the BRICs, Africa, the countries in transition in the Mediterranean region and the countries in Eastern Europe .